Alf impressed me with his working skills, long list of show success and his personal charisma with flawless character. 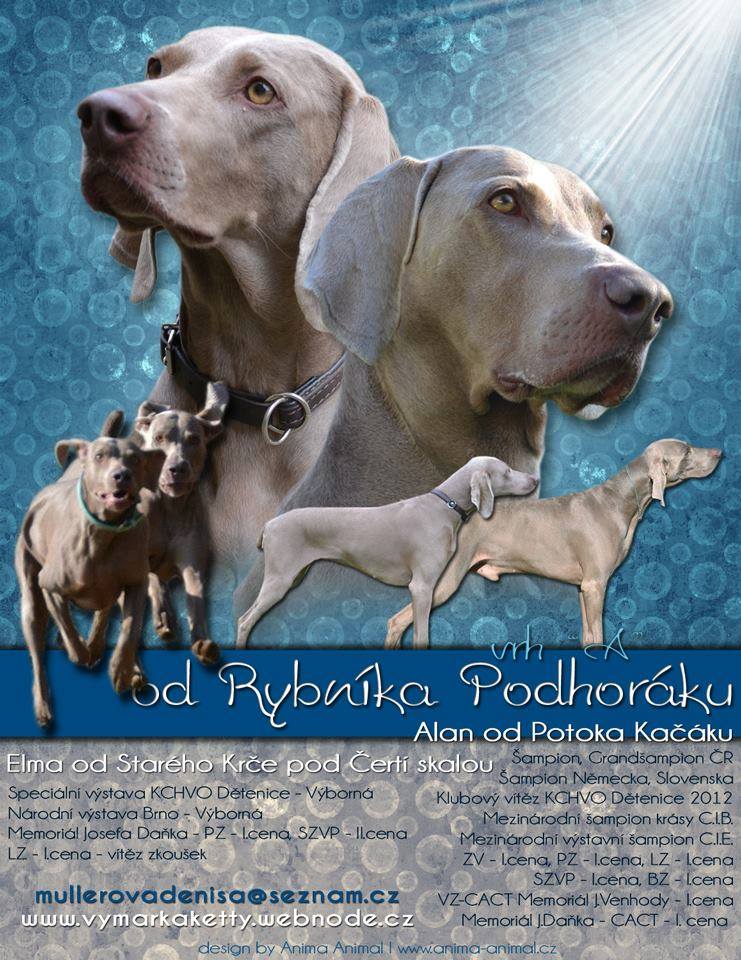 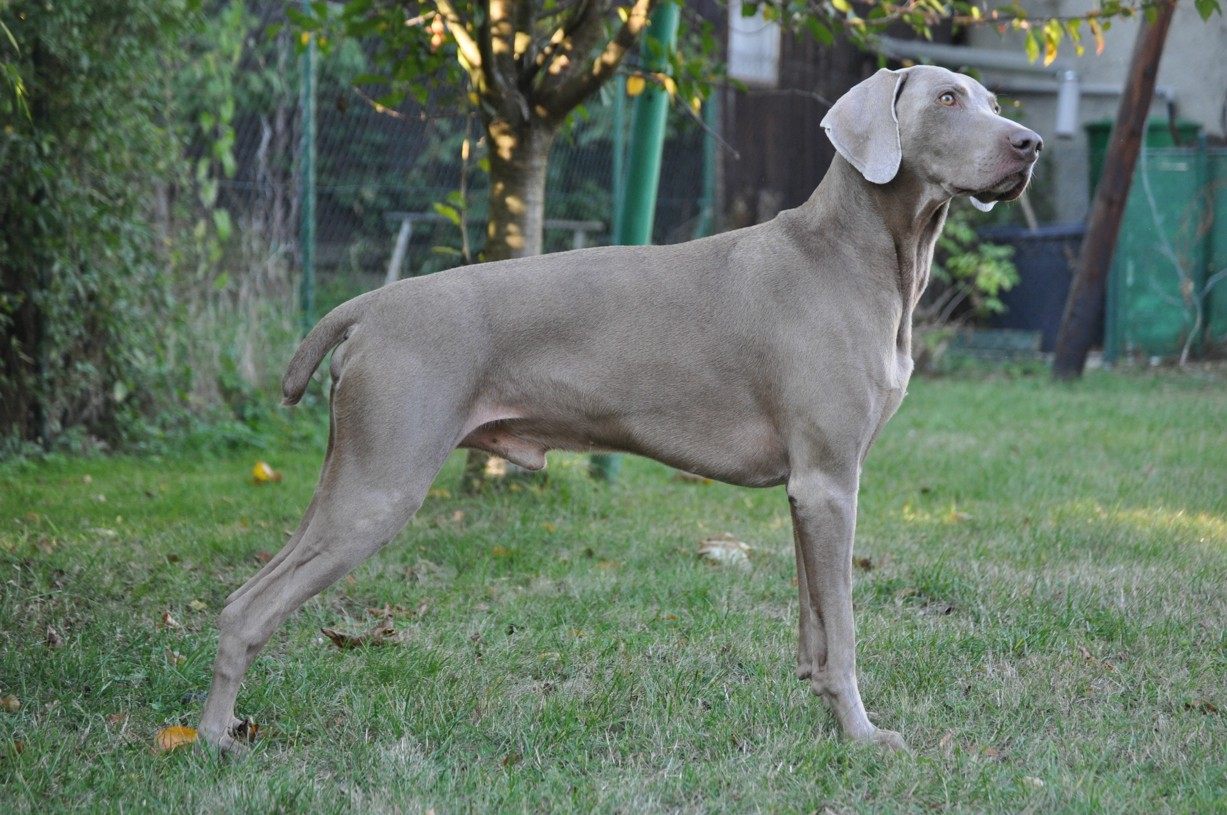 MEMORIES OF LITTER "A" DELIVERY

22nd of June 2014 Kety gave birth to 3 healthy puppies (2 boys and 1 girl) between 10 - 12 pm. Their birth weight was following: Altaj - 513 g, Artes - 515g a Aida - 520 g. All three pups were born natural way and Ketty did everything on her own. She had been very good mum to them - nursing them each two hours and cleaning them up. Her delivery was very emotional experience for me. It was fascinating to watch how automatically and perfectly dog mums start to take care of their puppies. Any human mum could take lessons!

Since the very beginning the pups were really vital and all of their important milestones were just like from a textbook - the first poo, the first eye opened, standing up, the very first walk, trip outside the whelping box, plays with siblings, first teeth etc. Since they were only three, Ketty easily nursed them until the age of 6 weeks. But they had huge appetite so we started to give them extra rations in between 4th and 5th week - chicken, turkey, pork and beef together with dog pasta or rice and low fat cottage cheese. Their attempts to drink milk at 7 or 8 weeks were not always easy for Ketty so she usually shook them off and ran away.

Our whole large garden was occupied by the pups and they were always supervised. During the day and night they slept in the whelping box indoors. They were in constant contact with children and adult people. They were being spoiled and bred with the best care we were able to provide. During their childhood with us they got to know a smell of a duck and a pheasant. Their mum was doing her best to fill their time and was giving them lessons until the very last moment. It was hard to say goodbye for me, but I hoped they were being given to the best hands. Now after few years I have to say I was not wrong in choosing their owners and wish them a lot of luck.

As a breeder I was enjoying taking care of puppies very much. Difficulty and responsibility for the little babies were ballanced with so much fun and inner happines. It is something you can not buy and it is also the reward for those 8 - 9 weeks of neverending work. I am going to finish my memories by thanks to my amazing girl Ketty and after two years break, which she deserves, we will be looking forward to puppies again... 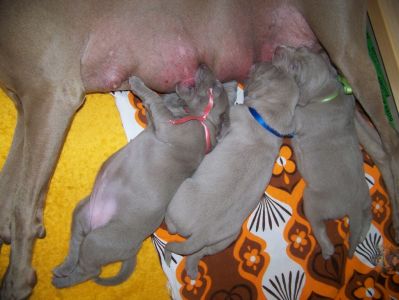 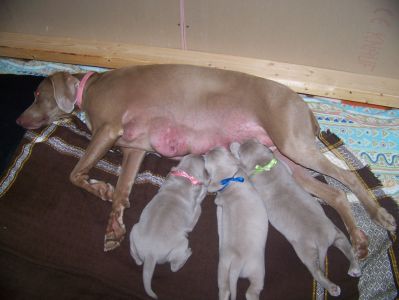 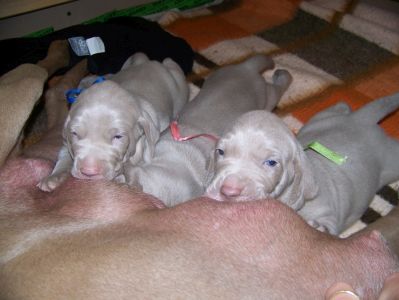 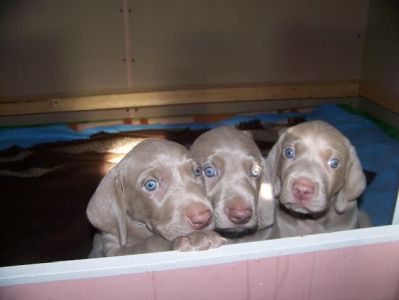 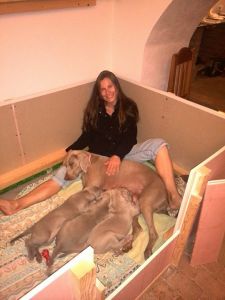 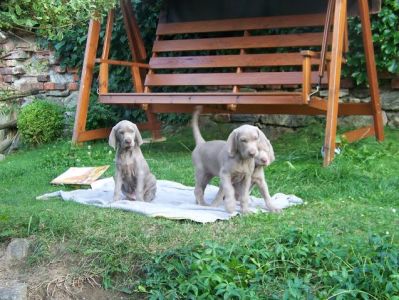 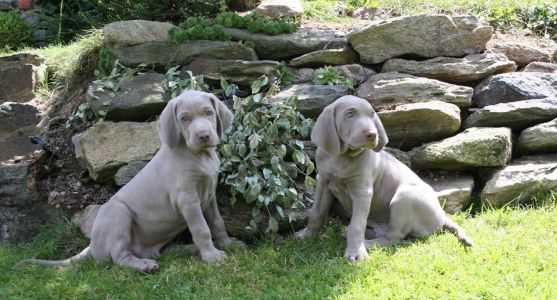 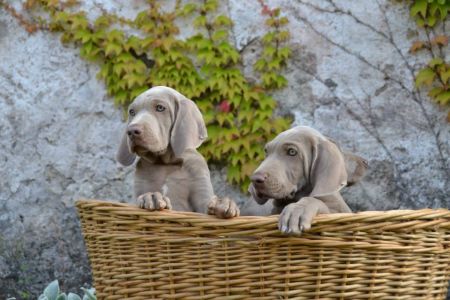 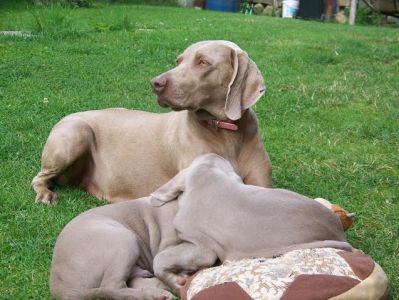 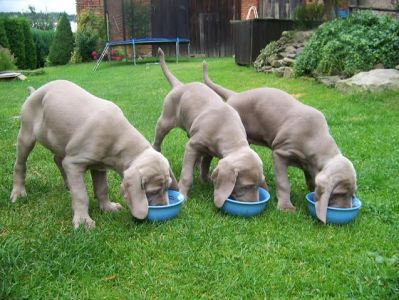 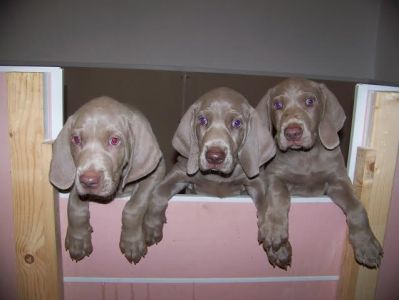 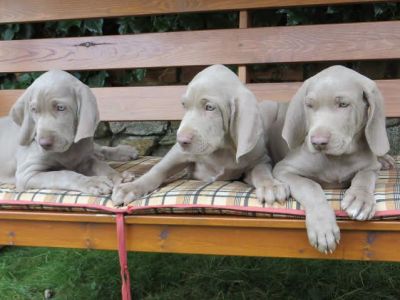 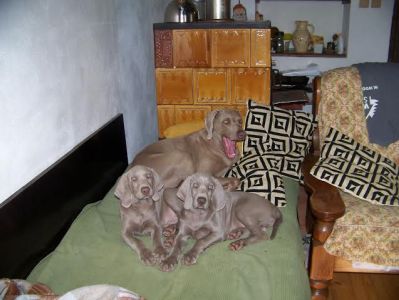 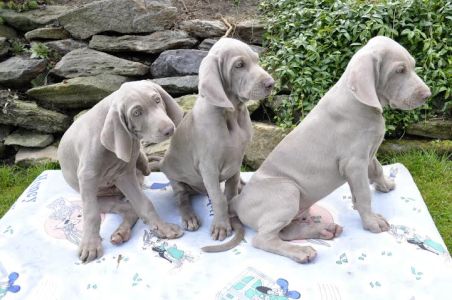 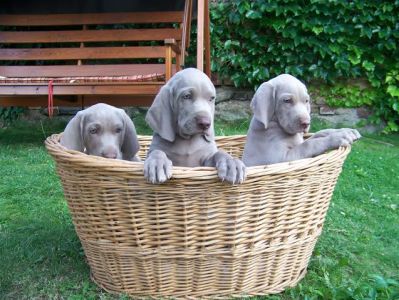 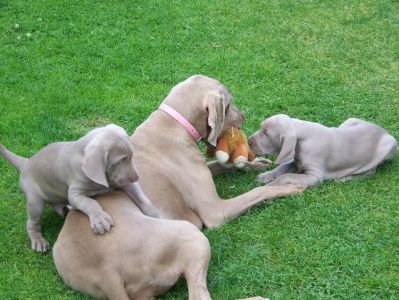 Artes was born 2nd and weighted 513gr. He was given green ribon, which may have been a sign that this puppy is going to have a hunting owner. Artes was lively puppy and a huge cuddler. Together with sister Aida they were doing a lot of monkey business. Anywhere they went I had to clean up a lot after. Now he lives with his new family near Velke Mezirici, which is our region, so I see him the most often from the whole litter. And I am so grateful for that.

Altaj was the first born in the litter and weighted 515gr. He was given a blue ribbon. He seem to be optically biggest from the litter and had the lightest colour and a little white shirt-front. He was always gaining more weight than the others. He was also different in character - much reasonable - just like he was always thinking about whether to go and join the other rascals or not. He was a huge cuddle but also a loner and thinker. He was also first puppy to leave our home at the age of 8 weeks and now he lives with his new family in Hostivice near Prague.

Aida was born 3rd and weighted 520gr. She was very lively and noisy puppy...because she is a female! She was the first to discover how to climb over a garden fence. Her brothers peeked out and that was the end of our outdoor fencing. Their craving for freedom won and the garden was theirs. Aida was huge cuddler and never feared of anything. At the age of 9 weeks her new owners took her home to area of Zatec, where she lives with 5 years older Weimaraner buddy.